Mie Mørkeberg paints from a particular feeling, condition or belief in how the world looks when you make yourself vulnerable to it. This feeling or condition existing in the consciousness of the artist has a name. It is called dystopia, and this dystopia is the foundation for Mie Mørkeberg's way of experiencing the world – and for her special mode of expression. Mie Mørkeberg won't let go of this feeling or condition. Or maybe she just can't? Perhaps it is this particular feeling or condition that won't lose its grip of her. It might be the reason why she has seized it and visualized it on the canvas, where she has interpreted it to make us see and feel it too.

This is how Mie Mørkeberg defines a painting as finished, fulfilled and succeeded: That there – somewhere – always is something intangible, disturbing and disruptive in it! That it contains a tension, anxiety, a polarity, a contradiction. Something turbulent and chaotic that confronts and disturbs the harmony, and even threatens to make it crack. Nonetheless, these cracks have a function. They put her in progress.

Thus Mie Mørkeberg certainly does not seek the harmonic when she paints. However, when it may seem like she does - and has found it, the harmony, it is because of the inevitable contradiction to harmony, that applies to her works. Because this contradiction keeps the image alive and opens it to the viewer, as a whole that bursts into several parts, because it by its nature has to burst. It is through these cracks appearing in her own story and the story of the image, that we as we - as curious viewers - can find our way into the picture's partly private world. 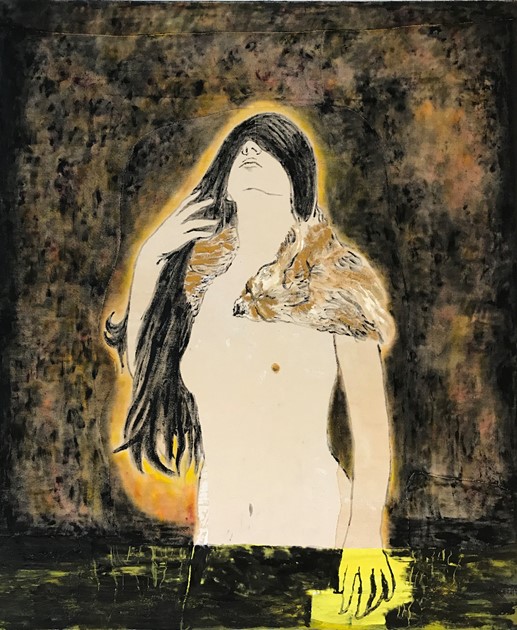 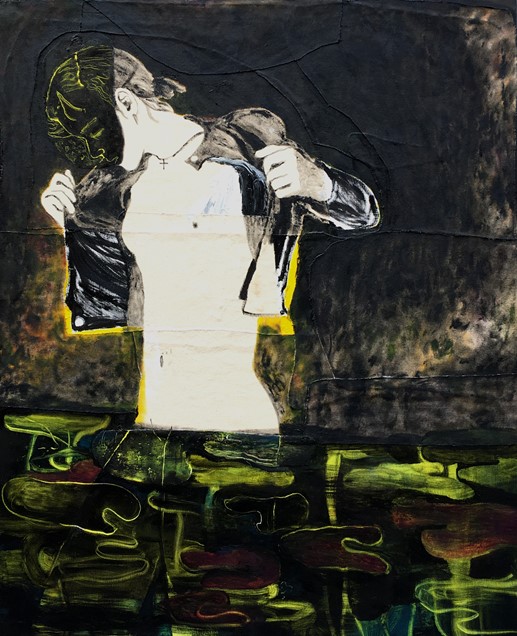 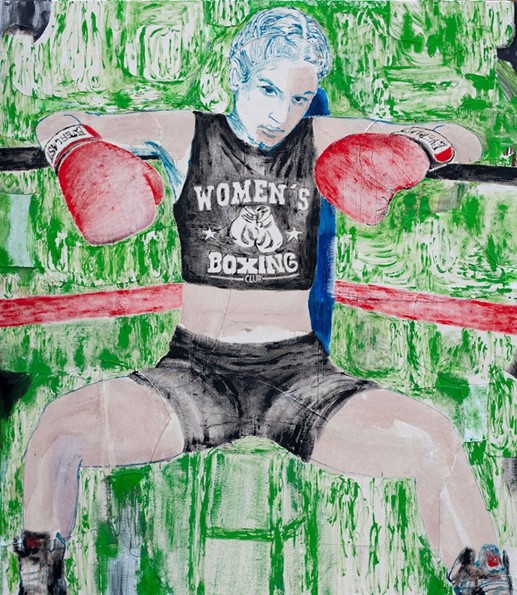 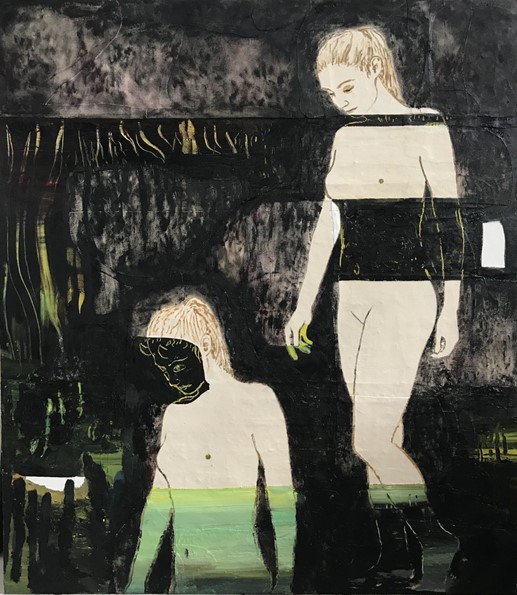 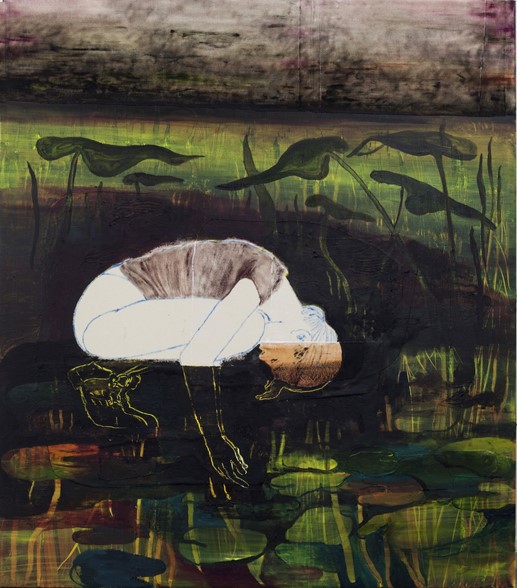 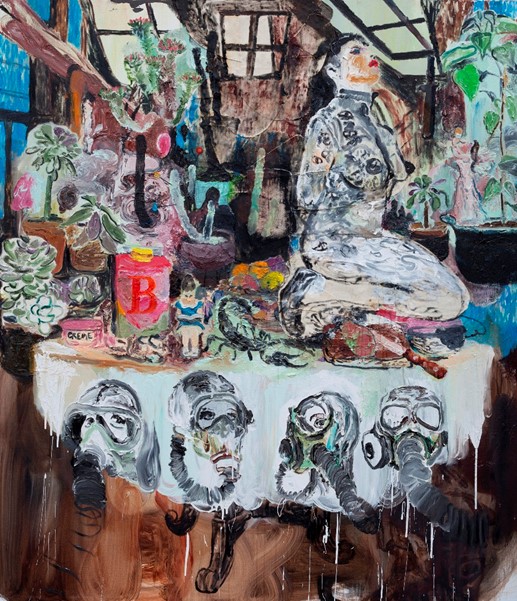 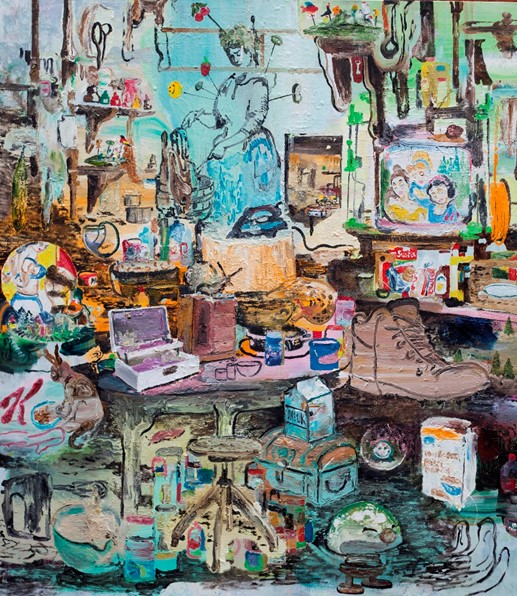 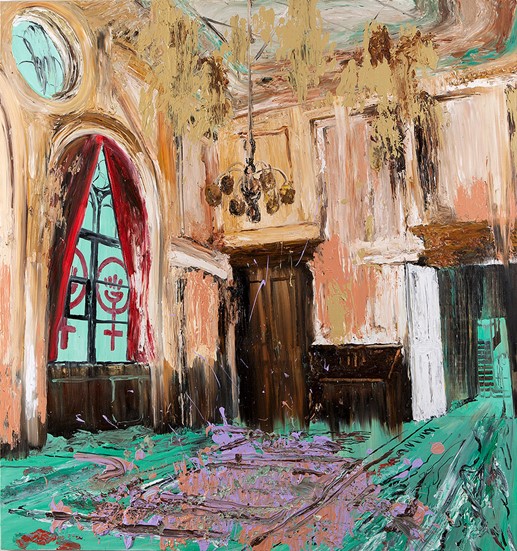 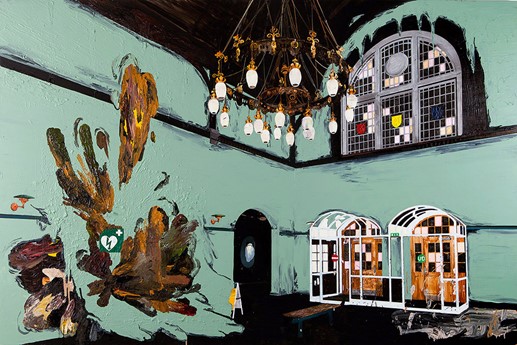 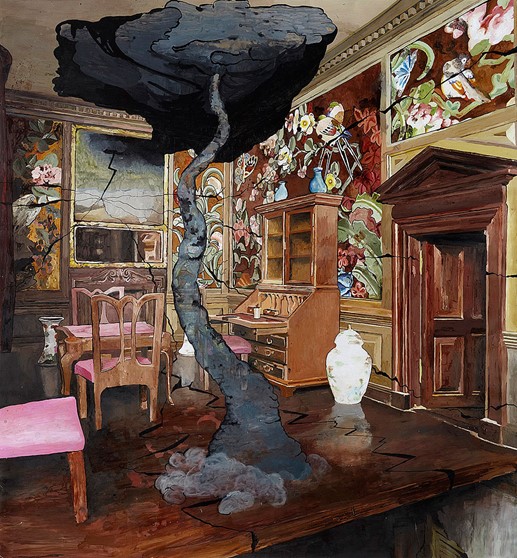 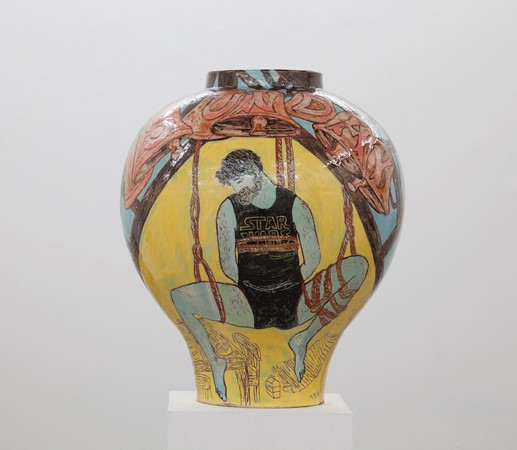 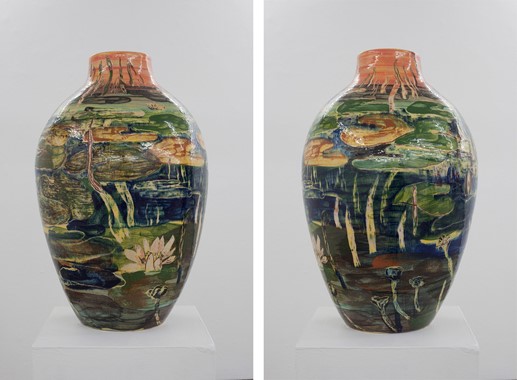 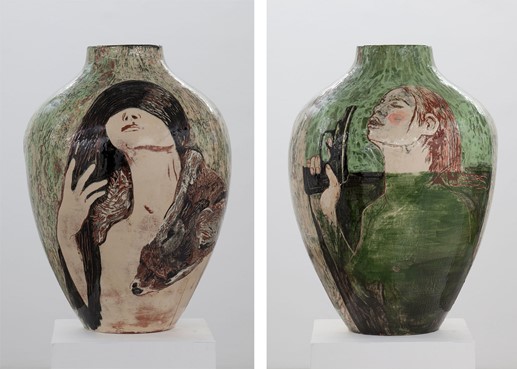 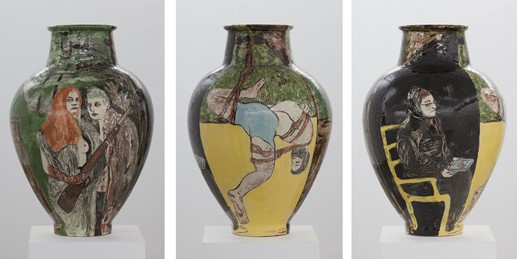 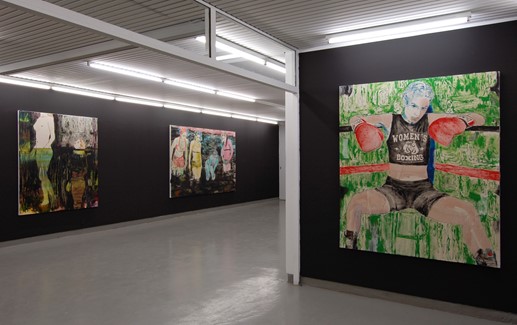 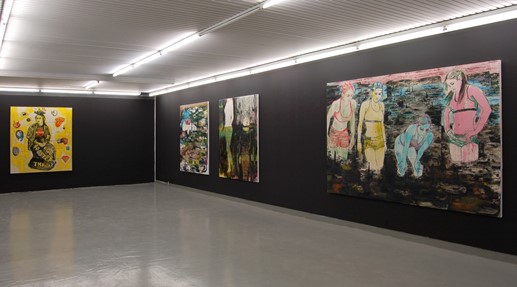 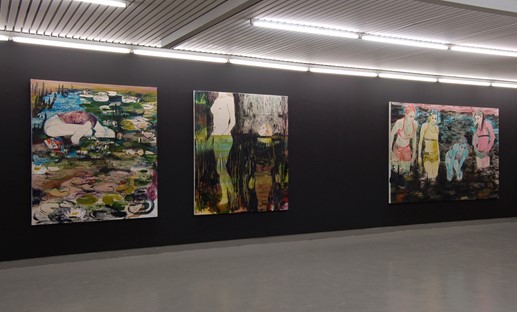 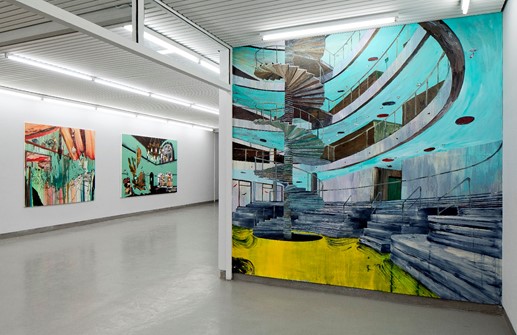 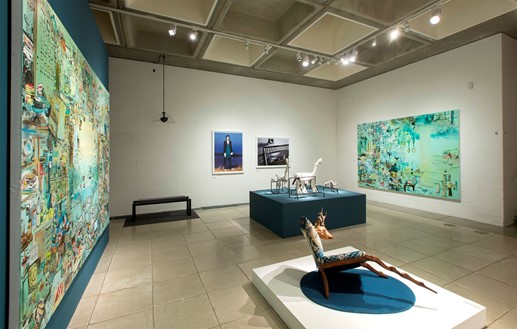 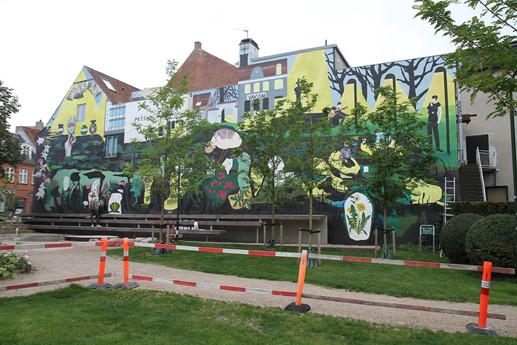 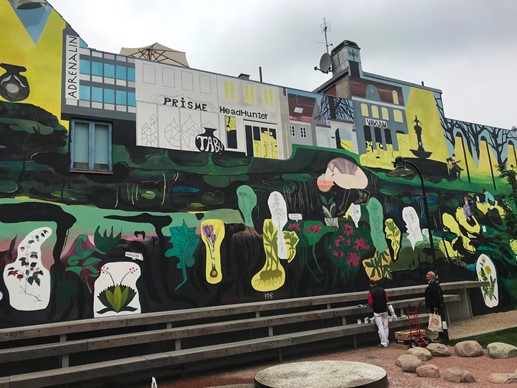 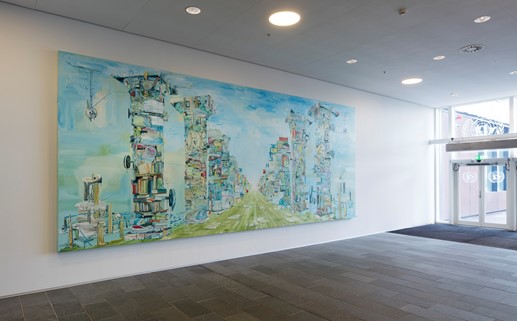 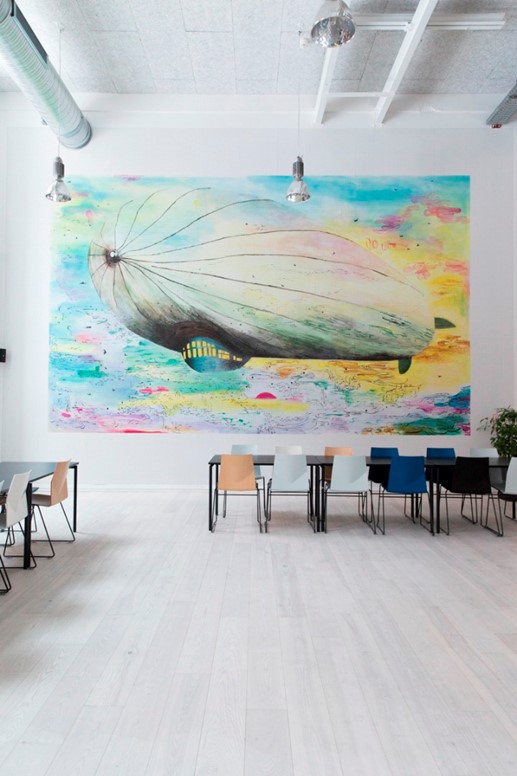 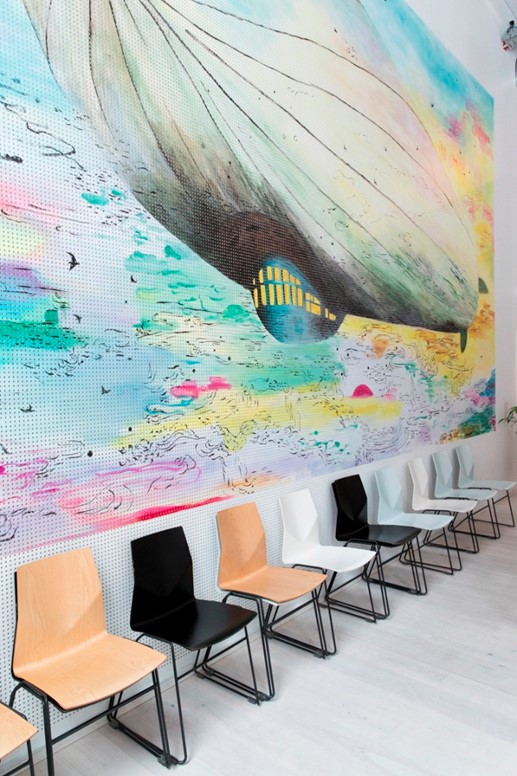