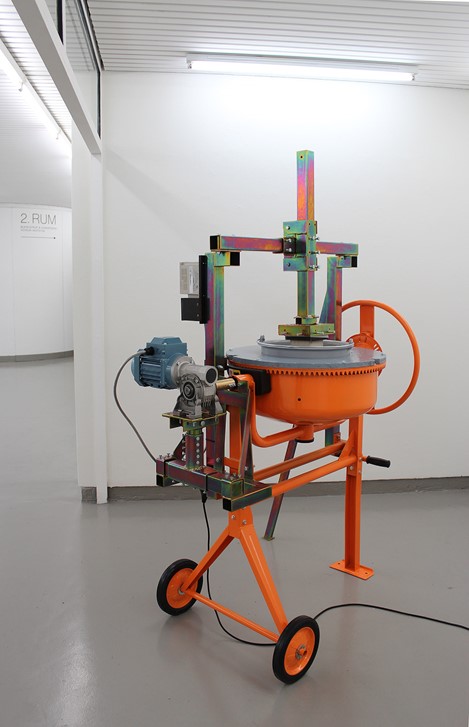 In the exhibition New Products, the three new works by Henrik Menné produces watercolours, plaster sculptures and columns. With help from soap bubbles SB007 paints watercolours in red, yellow and blue. The colour of the soapwater is controlled by the daylight, and the colour is blown out in bubbles bursting on the paper consequently leaving a mark. Slowly the day appears on the paper, and the watercolours become a kind of a dairy of the exhibition. Aware of its own nature-romantic tradition the SB007 works with the ’special’ Nordic light as a catalyst of the artistic process.

Nature becomes even more particular with TB20 making plaster sculptures formed by sand and water. Like rocks being polished in the sea, the plaster sculpture appears by being sanded in a rebuild tumbling mixer. Rotating slowly with sand and water the sunken plaster block is formed under the water, not visible to us.

The third artwork in the exhibition P160 is like TB20 also created from an already existing machine. From the tumbling mixer to a 3D printer. Unlike the process of the two other pieces searching for a coherent whole, this work is deconstructing its function. The printer is made more primitive than it is meant to be, and even though it is somehow still printing in 3D, is it now by chance how the printer thread composites the column.

The experiment has been a recurring theme in Mennés work. Most works are having their starting point in an experiment, where a single act is repeated. Throughout a long duration this repeated act produces an object in accumulated material, or creates traces in a material. With experiments as a frame, Menné builds structures repeating this action. The processes are almost always pretty low-tech and the principles, that the experiments are created from, are visible. Within this frame is an exploration of the relationship between system and chance and of how the machine can unfold as a mental figure, as well as an exploration of the paradox between control and loss of control.

In many of Menné's works another common feature is an inbuilt slowness; a movement puts the process underway, but it takes time to see the actual change. There is always something happening, but not too much. When exhibited, the pieces are at work and changes material into some kind of object; sometimes small autonomous sizes, relating to the classical art object, sometimes more fragile accumulations of substance. Variable conditions such as temperature, humidity and wind are playing a part in the marginal changes in the processes, controlling the objects resulting from the experiment. Thereby, the objects are marked by the irrational or the organic, in contrast to their mechanical origin. Driven by a mixture of resistance to alienation from utility items and a curiosity on how our things are all interrelated, Menné’s new works are reflecting the DIY culture's desire to understand the devices which surround us and use them in new ways. 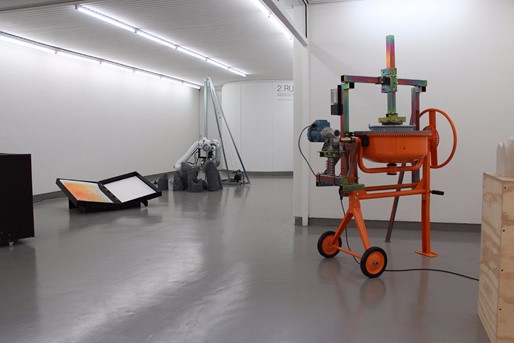 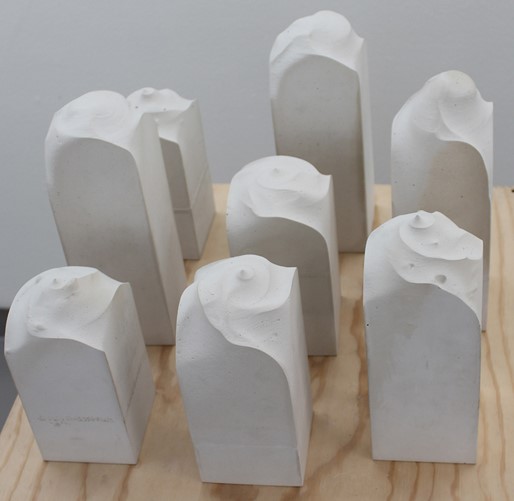 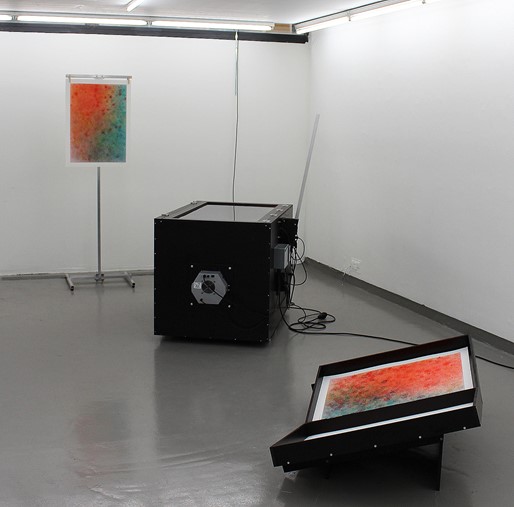 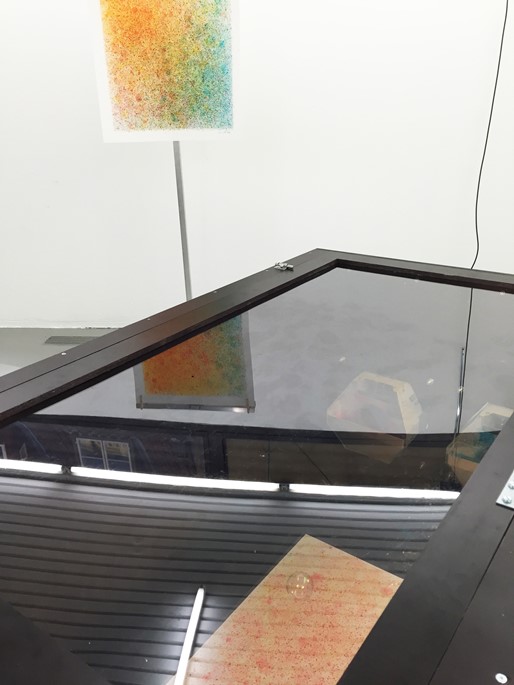 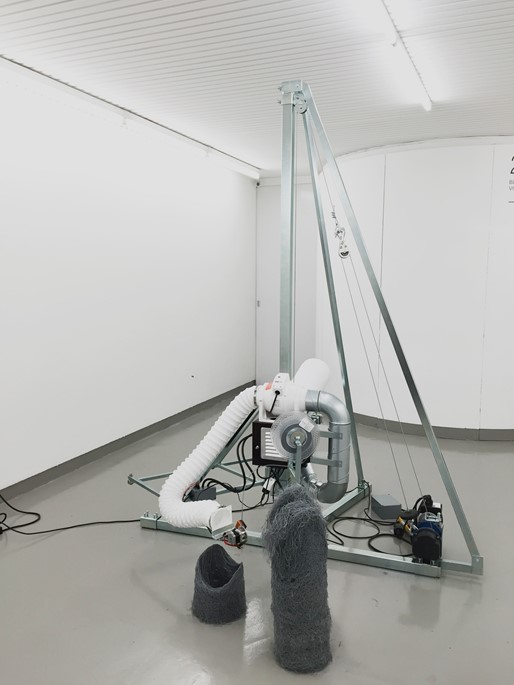