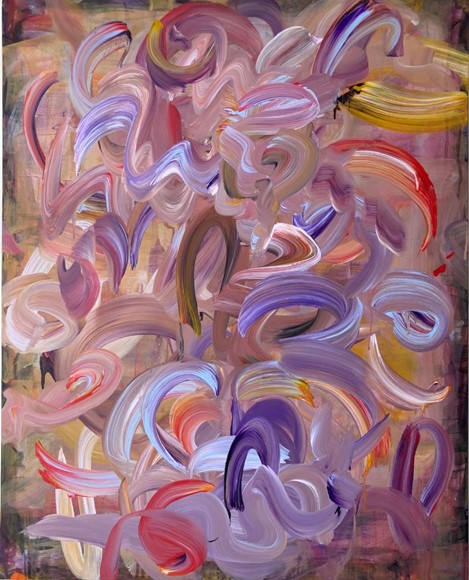 Interim. About time, the intermediate time, so far, a point break in time involving prior actions, events.

The first Interim exhibition was in 1994, in the catalog for which art critic Torben Weirup wrote a text under the heading Lost in Outer Space. On the accompanying photo I wore a Beavis and Butthead t-shirt with the statement I hate Words Words suck… a deliberately contradictory gesture half hidden under the leather jacket. At that time, I had already written several articles for the magazines Kong and Atlas, of which I was a co-publisher, and an article for Politiken about the big head out in the woods at the invitation of Jean Tinguely, as the first publication of his secret project deep inside in the forests outside Paris, The Cyclops' Head, as well as an essay on cyberpunk and A.I. for the magazine Cras and many words later articles to the Magazine Art, an essay about Serge Gainsbourg to the book Easy Listening etc

.. Lost in outer space is a description of a state of mind, a state in which I entered the world as such and in 1981 the art world with the first exhibition JugendOpera, without any awareness of coming from any particular place, without any formal education, without knowledge of the art scene or of other artists.

Other artists, I considered myself an artist, not as a sudden choice for a self-therapeutic search for identity, it is a misunderstanding that is persistent, that one can choose to become an artist, it is a consciousness, a state one imperceptibly slips into with an understanding for the necessity of oneself as a contributor to the outside world. Therefore, my practice has always been inclusive, not of need for the world but for the role of art in it.

Inclusive right from the founding of Atelier Kong, the exhibition venue Kongo,  W.S. Burroughs in Copenhagen, publish art magazines, in dialogue with Fondation Cartier create the basis for an exhibition of young Danish art in Paris, internationally create poster campaigns including the hanging of 1000 anti-war posters in the streets of Baghdad in 2005, an action against Mugabe in Zimbabwe, collaboration with artists in the Middle East on video project Blend The World, communication exhibition with the Middle East during the Muhammad crisis, show art from Iran, collaboration with young artists in Lebanon, etc..

..all the while I invent my own grammar, own vocabulary, rhythms, methodology, universe in my painting, and invent myself as a tool time and time again, never to find myself, the process is an intuitive path towards, never definitively defining.

In this way, I maintain a part of myself in the common reality we call the world, and allow the other part to be ‘lost in outer space’ - constantly entering the world. A condition Samuel Beckett describes' perhaps that's what I feel, an outside and an inside and me in the middle 'and further' I'm the tympanum, on the one hand the mind, on the other the world, I do not belong to either '. This realization is the result of a development that creates experience, experience creates distance, distance to the world, to itself, but is only valid if it develops over time. Thus, any point shot in the form of an exhibition can be an interim, and this exhibition could be # 75, but is # 3.

My Life is Small